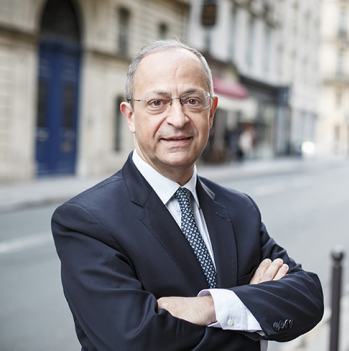 Frédéric Baverez is a graduate of the Ecole des Mines de Paris and an engineer with the Corps des Mines. After working as a project manager for the Prefect of the Alsace Region (1988 - 1991), and then Rapporteur of the Interministerial Committee for Industrial Restructuring at the Ministry of Economy and Finance (1991 - 1995), he was appointed technical advisor to the Office of the Secretary of State for Transport (1995 - 1997).

In 2005, he joined the Keolis Group where he was made Deputy Managing Director in charge of Operations, Projects and Innovation, and then Deputy Managing Director for Eastern France. In 2011, he was appointed Chairman of EFFIA, the Keolis Group's parking subsidiary and France's second largest parking operator. Besides his responsibilities at EFFIA, Frédéric Baverez was made Group Executive Officer France on 1 January 2014.

From June 2017 to March 2019, Frédéric Baverez was President of GIE Objectif Transport Public, of which he is now a member of the Board of Directors.

He is also a director of the Union des Transports Publics (UTP), where he has chaired the "Economy and Mobility" commission since June 2019.