On 29 June 2021, the community council and local Public Transport Authority of the conurbation of Châteauroux in central France renewed its contract with Keolis for the operation and maintenance of its entire public transport network, Horizon.
This new public service delegation contract will start on 1 January 2022 and run for six years, generating cumulative revenues of approximately 36 million euros.
Over the course of the contract, Keolis’ goal will be to increase ridership by 18%. Keolis will also support the Châteauroux conurbation in the energy transition of its bus fleet by introducing six hydrogen buses into the network by 2024.

Aiming for an 18% increase in ridership on the network

Consisting of 12 city lines and three on-demand routes, the Horizon public transport network serves all the main hubs of the Châteauroux conurbation, which consists of 14 municipalities and has more than 75,000 inhabitants.

In order to improve the service and better address the mobility needs of this region, the Horizon network will be overhauled in July 2022. This will involve:

As of 1 January 2022, the Châteauroux conurbation will also provide Keolis with a new depot for the maintenance of the bus fleet, including the hydrogen buses. Approximately ten employees are to be recruited as part of this new public service delegation. The Horizon network currently employs just under a hundred people.

Since June 2020, Keolis has been operating a level 4 fully autonomous shuttle service at the National Sports Shooting Centre (CNTS) in Châteauroux, which houses the Keolis Group's autonomous mobility test site. The vehicle is operating over a distance of 1.6 km in a closed site and in mixed traffic.

Renewing the fleet with a focus on hydrogen

As part of the new contract, the bus fleet of the Horizon network, which already includes four "mild hybrid" buses, will incorporate six new hydrogen-powered buses (three standard buses and three articulated buses), scheduled to enter service between 2023 and 2024. The articulated buses will serve line 1, the main line of the network, which is also the busiest line (45% of network usage).

The hydrogen, produced locally, will come from renewable energy sources. Maintenance of the hydrogen buses will be undertaken entirely in-house by 2025. Between 2023 and 2024, this maintenance will be provided by the vehicle manufacturer.

Keolis confirms its presence in the Centre-Val de Loire region

With the renewal of this contract, the Keolis Group confirms its strong presence in this region. In addition to the Châteauroux city transport network, Keolis operates the networks of Orléans (TAO), Tours (Fil Bleu), Blois (Azalys), Dreux (Linéad) and Montargis (Amelys). 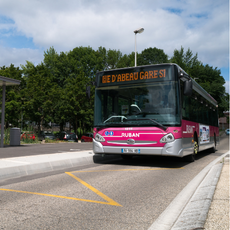 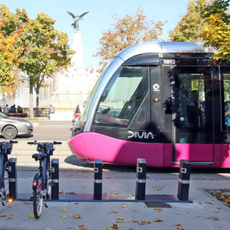