Autonomous Mobility
Improving the lives of citizens and territories

Keolis, a pioneer of autonomous mobility

Since 2016, we've been helping public transport authorities to meet the new challenges of mobility. Depending on the local region,  our aim is to develop public transport networks in areas underserved by other transport modes, or to provide the first and last mile of a journey in urban environments, in airports, universities, hospital zones or tourist sites.

With accelerating urban growth and ever greater demand on transport networks, the challenge in the next few years is to develop new mobility solutions that are efficient, sustainable and tailored to passenger needs. As a world leader in shared multimodal mobility, Keolis has put emerging urban mobility challenges at the heart of its strategy. Since 2016 Keolis has conducted several trials of autonomous shuttle services open to the public in France, Australia, Belgium, Canada, Monaco, Sweden, United Kingdom and United States, fostering our reputation as a leading expert in this growing segment.

As French and European regulations in this area ease, we may begin to see fully automated driverless shuttle vehicles operating on public roads by the end of 2022, subject to specific operating conditions and in controlled environments. 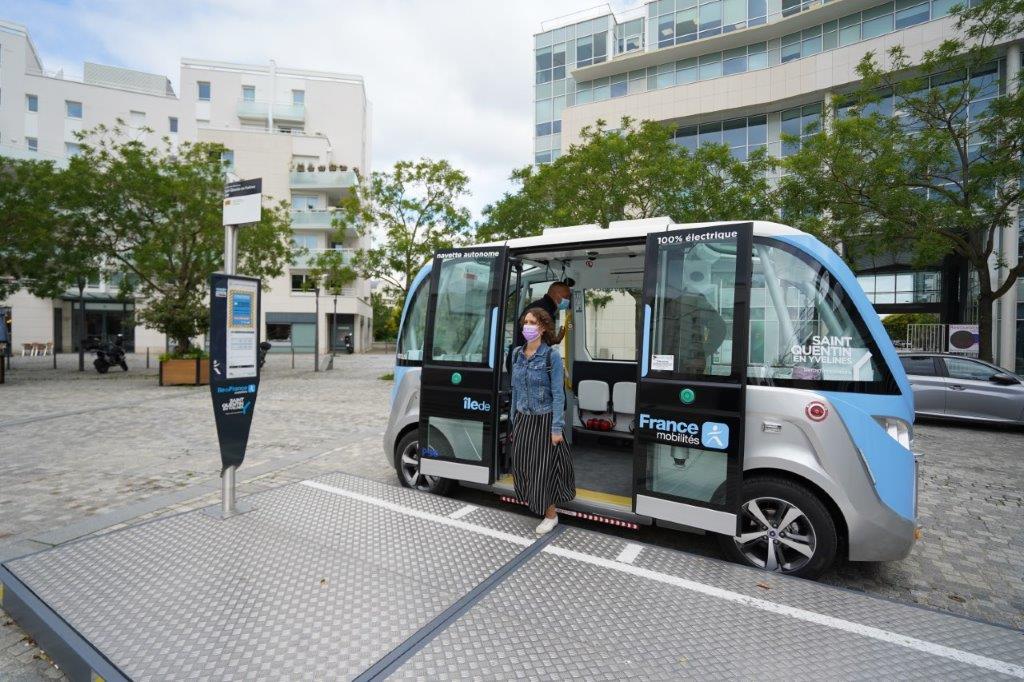 Our partners say it best

"Keolis is pioneering autonomous vehicle integration in public transport networks around the world. "

Autonomous mobility at Keolis, since 2016 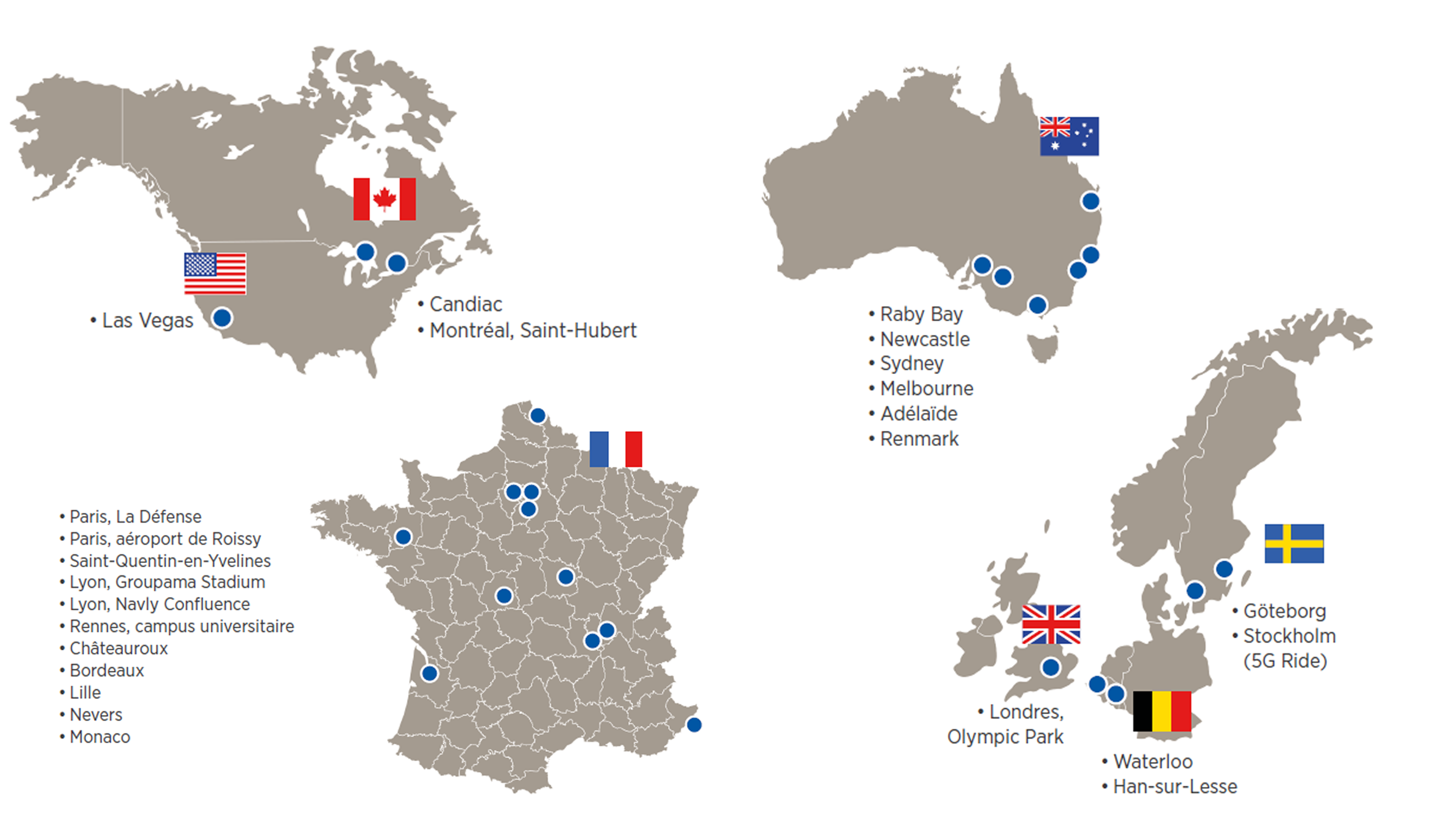 A variety of use cases 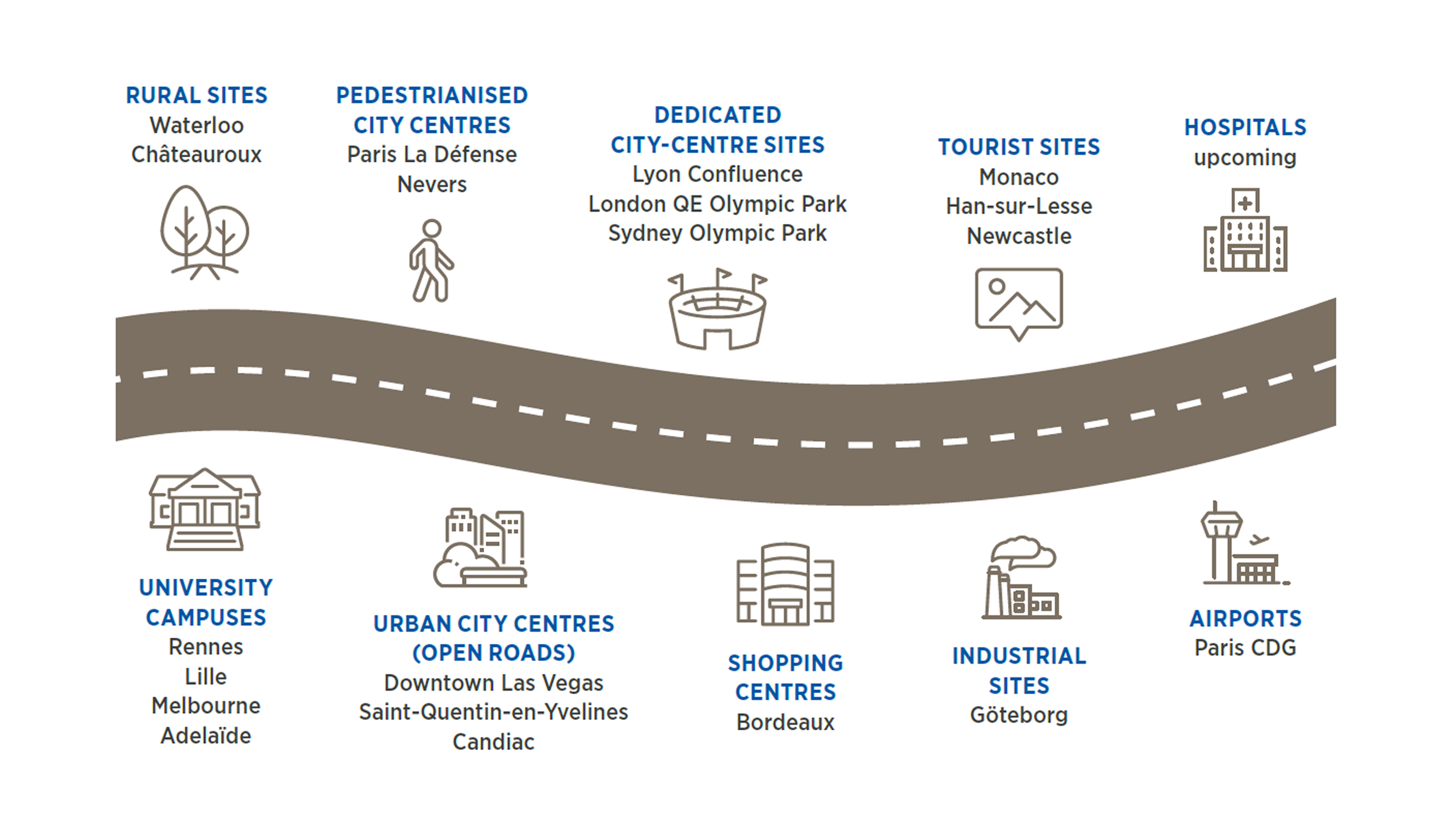 With more than five years of experience gained through operating autonomous vehicles around the world, Keolis has a unique expertise across the entire project lifecycle – and especially safety.

For example, we are studying solutions like 5Gwhichh makes real-time video monitoring or remote assistance possible with a level of safety and reliability that can't be matched by 4G.

As part of projects to roll out fully autonomous vehicles, in summer 2020 Keolis began trialling vehicles without an onboard operator at its Autonomous Vehicle Test Site (SEMA) in Châteauroux. This privately owned, closed, secure 80-hectare site allows us to freely test vehicles and thus build on our capabilities for future projects. 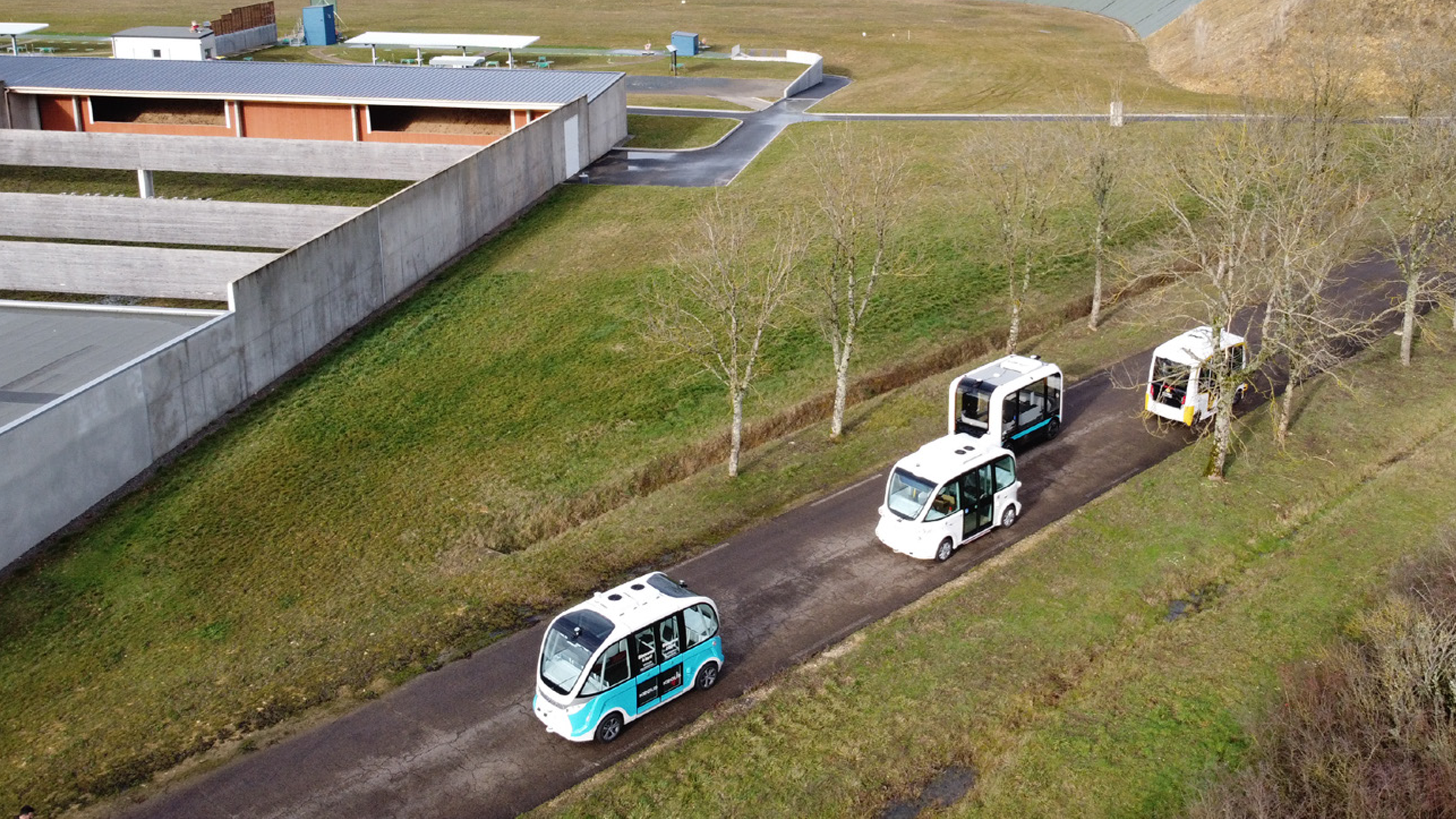 The SEMA test facility is the only one of its kind in the world. It is housed on the site of the National Shooting Sport center, where the French Sport Shooting Federation trains its Olympic and Paralympic teams. Our driverless vehicles are used to transport teams between the different shooting ranges. Since its launch, the facility has pre-mapped more than 5 km of roads and the site has been developed to test different kinds of applications.

Keolis, an expert in running and supervising autonomous vehicle fleets

Since the world's first autonomous shuttle experiment in Lyon's Confluence district in 2016, we have deployed over 45 publicly accessible autonomous mobility services. With shuttles launched in Rennes, Lyon and Newcastle (Australia) and the presentation of an autonomous bus in Gothenburg (Sweden), we have become a reference in autonomous shuttle operations.

Trial with 5G-connected vehicles in Stockholm

Working in partnership with Ericsson and Telia, we conducted a pilot project on the island of Djurgården (Sweden) with an autonomous electric SUV. 5G connectivity made it possible to validate a request to overtake made automatically by the vehicle - a first in terms of remote assistance.

After winning France's first ever tender for a regular autonomous shuttle service, Keolis has been operating three autonomous shuttles since March 2021, serving the Saint-Quentin-en-Yvelines / Montigny-le-Bretonneux train station and a business park. They merge with car traffic along a 1.6 km stretch of road and are included in the route planner of the Île-de-France Mobilités app, just like the other 1,500 bus routes in the Île-de-France network.

Since January 2021, two autonomous shuttles have been running as part of the public transport network in Gothenburg. They run along a 1.8 km route that includes offices, university buildings, residential areas and car parks. 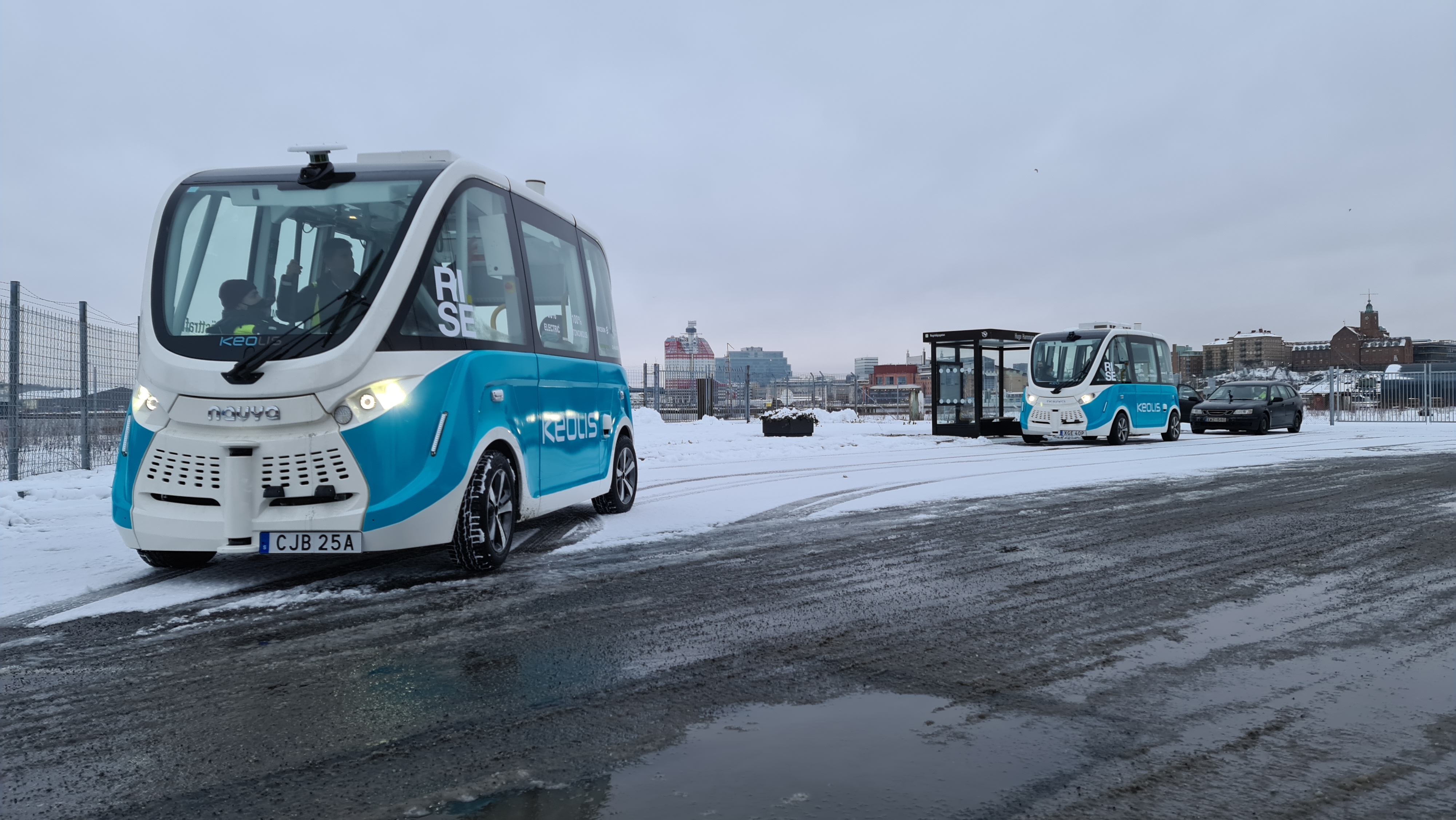 The only mobility service in Renmark (Australia)

The autonomous shuttle service in Renmark is the city's only public transport service. The 2.4 km route serves key locations including the swimming pool, a tourist centre and supermarkets. 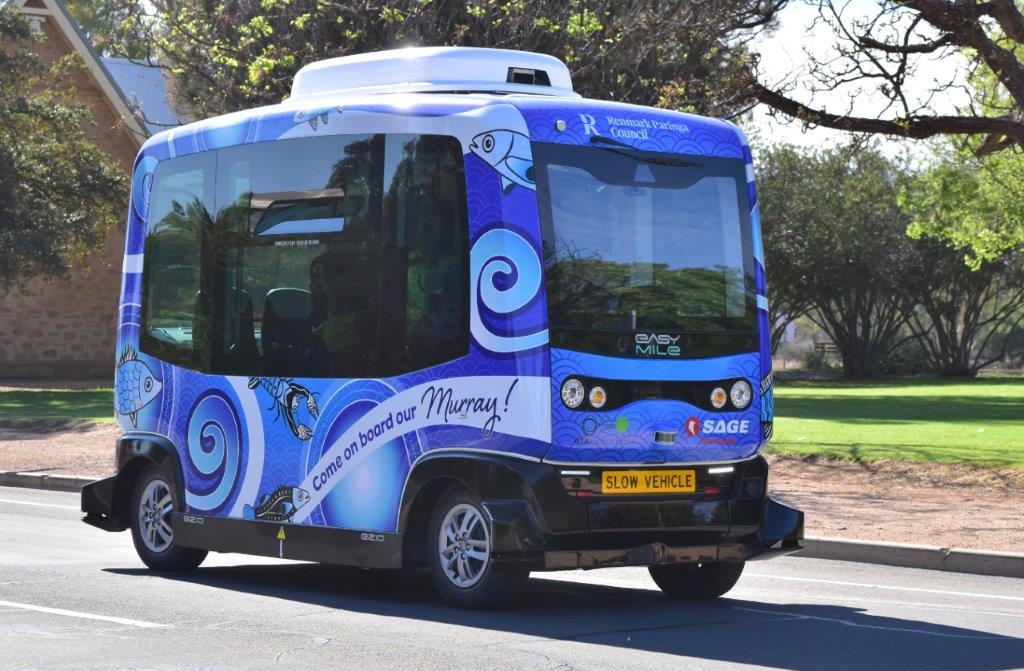